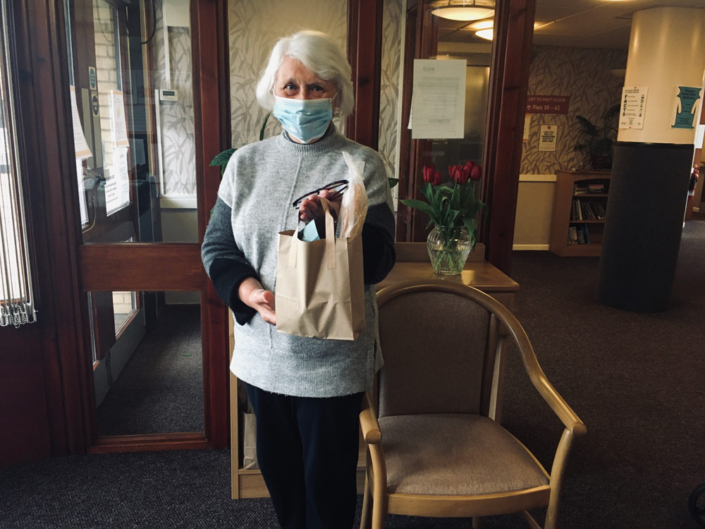 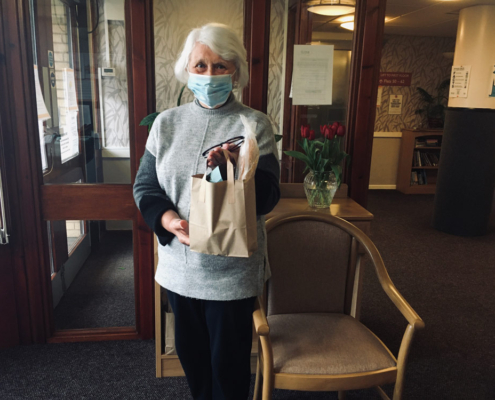 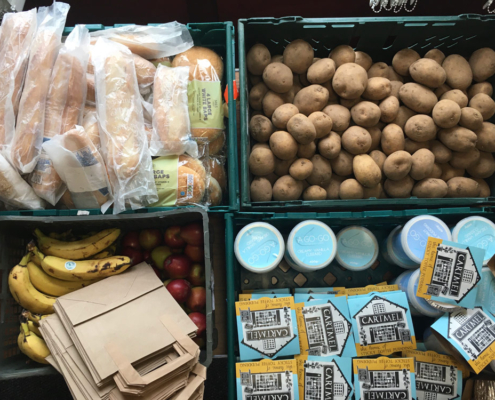 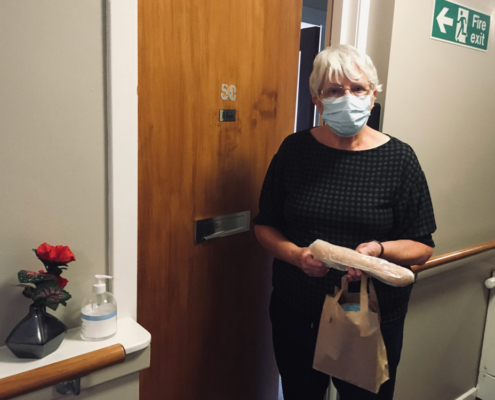 EATS has been supplying surplus food to housing complex residents in Dunfermline for the past 12 months.

We’ve been delivering to Bield in Gillie Court and Grants Bank when we’ve been able to, giving the people there a selection of food including bread, fruit and vegetables, yoghurt and more.

As always, we’re committed to reducing food waste, which is an ongoing problem for our society and planet.

Ethan Daish, project support assistant at EATS, said: “At the beginning of the pandemic, we established a relationship with the two Bield developments in Dunfermline as the charity thought there would be individuals who would benefit from the surplus food.

“It was quickly identified that many people couldn’t go to the local supermarket quite as regularly as normal, so EATS helped provide a variety of food that would have otherwise been thrown away.

“The feedback from Bield residents has been positive and it has been good to be able to provide nice moments for people during this difficult year, while also saving food from going to waste.”

During the pandemic, EATS has had to change its operations, and through much of the last year we have been getting food to vulnerable people who were shielding and unable to get out to buy food.

Joanne Page, development manager at Bield’s Gillie Court complex, said: “We are really grateful for the donations from EATS Rosyth and the wider community.

“It is little acts of kindness like this that are really bringing communities across Scotland together during this troubling time.

“The past year has shown the importance of kindness in our society, so we’ve made the decision to include kindness as one of our core values.

“Customers have expressed their appreciation for the donations and look forward to them arriving at the development every week – especially during an extremely difficult year.”

Something else we’ve been up to…

We’ve also teamed up with Kingdom Housing Association and Energy Action Scotland to provide a low cost alternative to cooking at home for tenants struggling with their fuel bills.

20 top of the range pressure cookers have been given to low income households as an energy efficient way of cooking.

To help inspire those who will be receiving the devices, EATS and Masterchef: The Professionals winner Gary Maclean have come up with some low-cost recipes, so families can try out using their new cookers. There are also some free lock-down cooking lessons that can be viewed online.

Each pressure cooker that Kingdom allocates will be delivered to tenants along with recipe cards, a food parcel designed for use with the cooker as well as a top up for their utility supplies worth £200.

Ric Barnett, Kingdom Housing Association’s Tenancy Support Services Coordinator said: “With over 25% of the Scottish Population living in fuel poverty it is important we take all the steps we can to help reduce the amount we spend on fuel.

“These energy efficient cookers could save families up to 70% on their cooking costs and they are great for reducing our carbon footprint too.

“Energy Action Scotland is Scotland’s only dedicated fuel poverty charity and I’m really pleased that Kingdom is able to work in partnership both with them and with local charity EATS Rosyth to tackle this growing issue.”